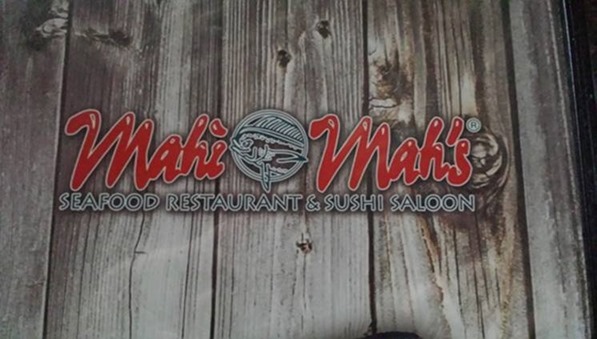 Each year we meet friends at a timeshare in Virginia Beach for a week over 4th of July. We have counted Mahi Mah’s as one of our dinner staples for over 10 years. After the dreadful experience we had this year it may be hard to convince everyone to go back.

Seating a party of 6 around 5:30pm at a busy ocean front restaurant is a challenge and we accepted the 45 minute wait. We were seated at a round table in the second dining room which was great. I understand that people coming off a long day on the beach crave air conditioning, but they had the AC cranked. I’m not sure if it was because we were sitting under a vent but I was cold to the point of it being distracting. The waiter came promptly and took our drink order. 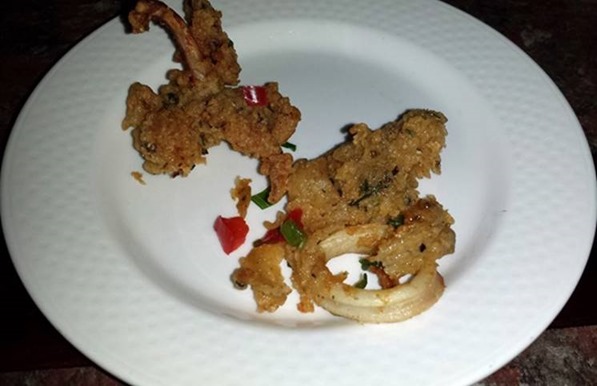 For an appetizer we settled on Crispy Fried Calamari. It was crispy and very good. Two people in our party ordered dishes that came with French fries. The fries were a deep brown color suggesting they may have been made in oil that needed to be changed and were not edible. The waiter brought more fries that looked and tasted more traditional. Another friend decided on chicken and ordered the Wing Bucket. Admittedly the menu says you get 20 wings and we know wings can be small but when the bucket arrived it was a lot of chicken. Oddly it was not all wings, other pieces including a drum stick were thrown in. A little heads up from the waiter would have been nice when he sees this ordered for one person. Like the fries the chicken was a dark brown color. I declined to taste and noticed most of it went back to the room with us. 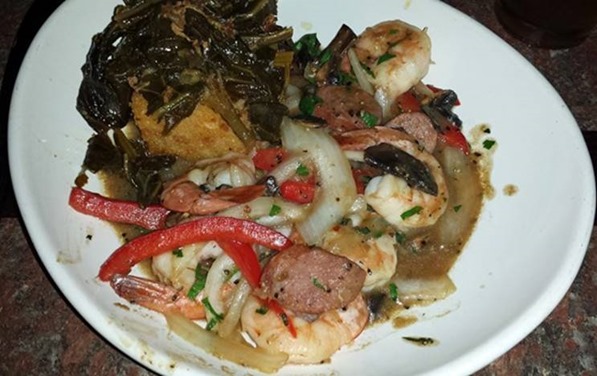 My wife ordered the Shrimp and Grits and liked it. The kitchen must have been short staffed and busy because the plate looked as if the food had been sloshed into it on a chow line at a penitentiary. Her dish had Sautéed Shrimp with Peppers, Country Sausage, slow cooked Collard Greens and a Stone Ground Cheddar Grit Cake. This is a good example of why it is important to read the description of items on the menu. Someone glancing at the menu thinking they would get shrimp on top of a bowl of grits may be disappointed. 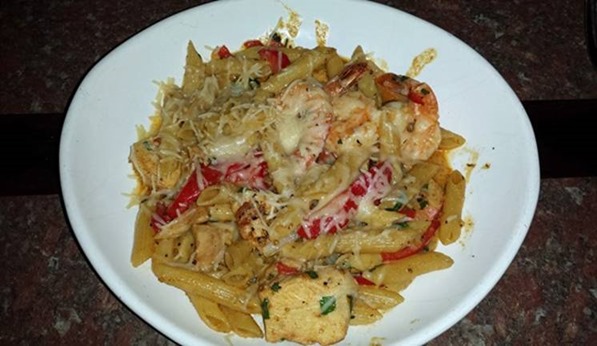 I’m a big fan of Jambalaya so I gave the Jambalaya Penne Pasta a try. Their rendition of Jambalaya was good. I say rendition because it really wasn’t Jambalaya. Authentic Creole Jambalaya comes with smoked or Andouille sausage. The menu describes the dish as having Sautéed Red Peppers, Onions, Smoked Sausage, Chicken, Shrimp and Penne Pasta tossed in a Cajun cream sauce. Despite what the menu says after a few minutes of poking around it was obvious my dish had no sausage. I know they have sausage, I saw it in my wife’s dish. The pasta with the cream sauce, chicken, and shrimp tasted good but I couldn’t help wondering how much better it would taste if someone in the kitchen had cared enough to make it properly. With only 4 shrimp and no sausage $23.99 made it an overpriced pasta dish.

We passed on dessert and rounded up the 4 year old in our group. The noise level was high at 82 decibels but it is a large room and there were 2 tables of 8 or 10 shouting a lot. I always try to give a restaurant several chances if I have a bad experience but with 4 out of the 5 adults disappointed or having an issue with their meal it may be hard to convince everyone to go back. Given the fries had been sent back, I complained about being cold, and my dish was missing a primary ingredient, I thought a manager might visit the table. Either the waiter didn’t alert management to the problems or they didn’t care enough to follow up. Surprising since you never know who has a food blog these days.